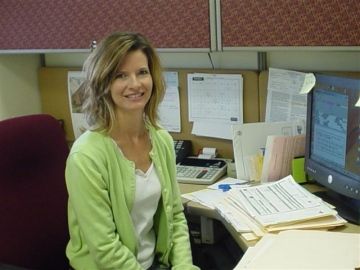 Stephanie didn't have enough stress in her life, so she and Bob decided to pack up everything in Kansas (including their two small children) and move to Albuquerque to start-up Zuna Corporation in 1991.

In Zuna's early days, Stephanie remembers bringing the kids to work while keeping up with accounts payable & receivable. During slow time, they would roller blade or play tennis in the warehouse...but that didn't last too long. Zuna became very busy and she didn't have that luxury any more. Soon she was working full time and hasn't stopped since. Now with one child newly graduated from college and another one in college...maybe she'll have some spare time.